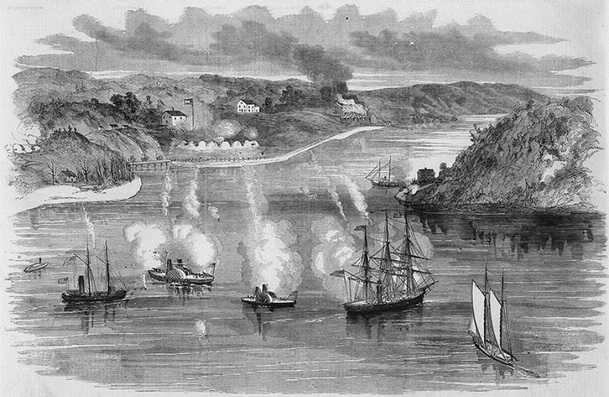 the Flying/Potomac Flotilla in action
"The Attack on the Secession Batteries at Aquia Creek, Potomac River, by the U.S. Vessels Pawnee, Live Yankee, Freeborn, Anacostia and Lioness, June 1, 1861." Line engraving, based on a sketch by an "Officer of the Expedition" published in "Frank Leslie's Illustrated Newspaper", 1861. Ships depicted are (from left to right-center, in the foreground): U.S. Tug Resolute (called "Lioness" in the original text), USS Anacostia, USS Thomas Freeborn, USS Yankee (called "Live Yankee" in the original text) and USS Pawnee. A two-masted schooner is in the right foreground.
Early in the war Slack was with the 'Flying Flotilla' in Chesapeake Bay -
'Mr. S. B. Slack, a naval correspondent at the beginning of the war, served on the Potomac Flotilla in various "fighting' capacities, and was by the side of Captain James Ward when he fell. . . . Mr. Slack, though a British subject, not having the fear of the Queen's proclamation before his eyes, handled a Sharp's rifle in earnest. Placing his cartridges on a train, just forward of
the paddle box, he loaded and fired as fast as he could . . . .'
Read his reports of that service HERE

Slack gave an account of another episode of his career as a war correspondent during the Civil War in his lecture in Kingston in 1868:

The first Lecture was confined to a description of the battle of Port Hudson, [   ] which, it will be remembered there was a combined attack on the batteriesby the land forces under General Banks, and the Mississippi squadron under the  command of Admiral Farragut. Mr. Slack was on board the Richmond, one of the corvettes of the squadron, and his Lecture shows that he made good use of his ears and eyes for he describes everything with a minuteness truly surprising when we consider the danger and excitement of the moments during which his observations were made. The Lecture was instructive and amusing, in some passages rising high above mediocrity, especially the description of the fleet running the gauntlet of the batteries; the scene presented of the flight of shot and shell when the ships opened fire; and the burning of the ill-fated ship "Mississippi". 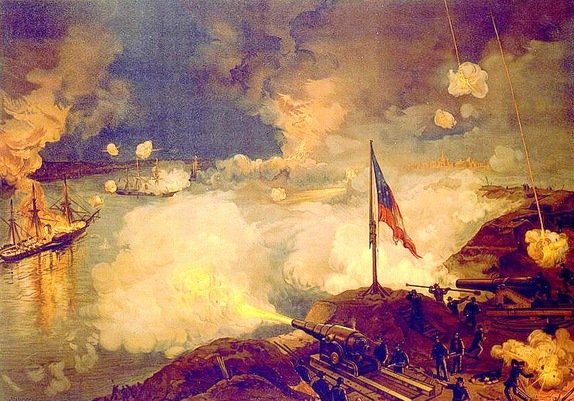 Battle of Port Hudson
Subsequently the Herald published a report of the bitter engagement, which was written by Slack, who was the Herald reporter on the Richmond. 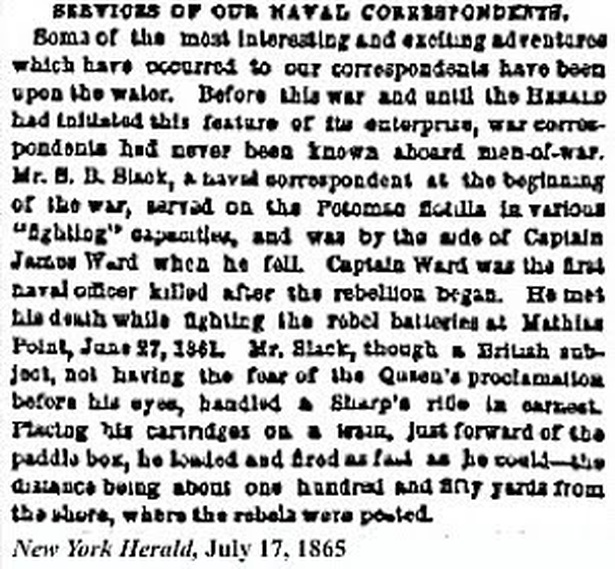 [Queen Victoria’s proclamation of May 13, 1861, had made it clear that
Britons were prohibited from joining the military of either side.]