Susan Agnes and her mother spent about three, not particularly pleasant, years in England, really as 'poor relations'. They did visit the 'Great Exhibition', but travelling was too expensive for them to do very much. A good deal of the time was spent acquiring or improving the accomplishments expected of a Victorian young lady - singing, drawing and French. But as it turned out Susan Agnes was not really cut out to be a very 'proper' Victorian young lady.

Early in 1854 Theodora and Susan Agnes set out for Canada to join Hewitt Bernard in Ontario. They all lived in Barrie just outside Toronto, and while there Susan Agnes, who had always been called 'Susy' in the family, decided that for the future she intended to be 'Agnes'. She was confirmed in the Anglican Church, establishing her denominational affiliation for the rest of her life, and she also began to develop her love of the Canadian landscape which was another lifelong enthusiasm. Fishing and sledding were two outdoor activities she especially enjoyed.

In 1857 Hewitt accepted the offer of the position of private secretary to John A Macdonald, leader of the Liberal-Conservative Party, and Attorney-General for Upper Canada; Agnes and their mother moved with him to Toronto in 1858, only to move on to Quebec in 1859, following the moves of the Government. It was during this time that Agnes first met 'John A', her brother's boss. As his biographies tell in greater detail his personal life involved real problems; parts of his childhood had been very difficult, and  his first marriage to his cousin Isabella had been stressed by her almost continual ill-health and the death of one of their two sons. Isabella died in 1858, and his life-long tendency to depression and alcoholism became more acute. On the other hand he could be very charming and humourous, and was becoming Canada's leading political figure; after his first wife's death he became the greatest 'catch' in the country.

The couple had a brief honeymoon in Oxford, then Agnes had to begin the many adjustments needed in becoming the wife of Canada's leading politician. In May they returned home, to live in Ottawa, which Queen Victoria had chosen as Canada's capital, in 1858. They visited John A's sisters, brother-in-law, and son, Hugh John, and then back to Ottawa for the birth of the Dominion of Canada, and the Premiership and a knighthood for John A. 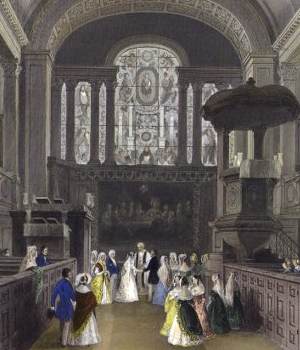