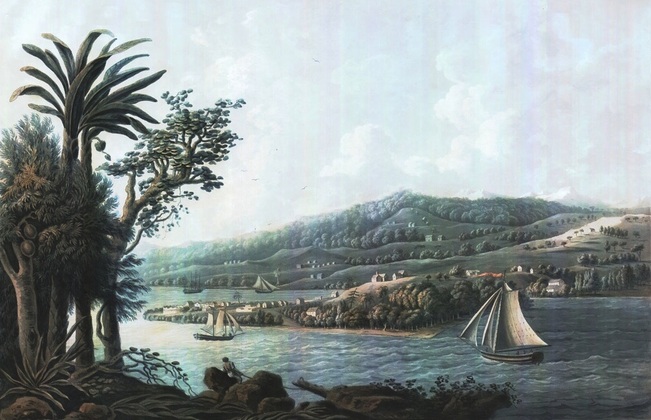 Port Antonio, 1800, by Louis Belanger, probably a copy of work by George Robertson. 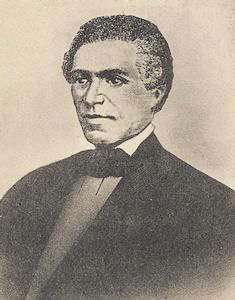 John Brown Russwurm
John Brown Russwurm was born in Port Antonio on October 1, 1799; his father was an American, of German descent, who was doing business as a merchant in that town, and probably owned property in the parish. His Jamaican mother, however, appears in different guises, according to the inclinations of the writer. To one, she was 'an African prisoner-of-war who was raped by a white man', to another she was a 'Negro Jamaican servant girl named Brown', one of those 'local girls who drifted around seeking affairs with transient foreigners'.  Another writer saw her as 'a slave-woman who worked on his father's Jamaican plantation' and yet another as Russwurm senior's 'Black mistress or housekeeper'.  Since we clearly know nothing of John Russwurm's mother we can take our pick of the various scenarios.

There is also disagreement as to whether the younger Russwurm was born a slave, or was born free.
John Brown Russwurm lived in Jamaica until around 1807, presumably receiving some elementary education, and then was sent to school in Quebec, Canada. Opinion seems divided as to whether his father also went to Canada, or stayed in Jamaica; be that as it may, by 1812 they were both located in Portland, Maine, with Russwurm senior's new wife, Susan Blanchard.

the Russwurm house
John's stepmother insisted that her husband give him his family name of Russwurm; until then he was apparently known as John Brown. Susan Russwurm treated John as a son, along with her children by her first marriage, and after his father died in 1815 and she married her third husband, William Hawes, John was always considered a part of the family, long after he had left home. He was sent to school at Hebron Academy, in Hebron, Maine, a school which, unusually for its time, educated girls alongside boys, though, of course, the girls did not go on to college! At Hebron he worked hard to get a good education, never missing classes or getting into any trouble; his fellow students gave him the nickname "Honest John". When he left Hebron he taught for some time at what was later named the Abiel Smith School, for African-American children in Boston. In 1824, with help from his step-mother and William Hawes, he was able to enter Bowdoin College. There he had as fellow students Henry Wadsworth Longfellow and Nathaniel Hawthorne, and was admitted to the Athenaeans, the first college fraternity to admit an African-American. He graduated with his Bachelor of Arts degree in September 1826, and delivered a class oration at the commencement exercises. However, as a book of recollections of Bowdoin at the time shows, social acceptance had very decided limits - 'Russwurm - the first and only colored graduate of Bowdoin, [by 1893] except in the medical department - was a diligent student, but of no marked ability. He lived at a carpenter's house, just beyond the village limits, where Hawthorne and the writer [Horatio Bridge] called upon him several times, but his sensitiveness on account of his color prevented him from returning the calls.' Russwurm was the second (or third, depending on the source) man of African ancestry to receive a BA in the United States; three years later he returned to Bowdoin and received his Master's degree.

Bowdoin College, in 1845
After leaving Bowdoin Russwurm settled in New York City fitting easily into its population of well-educated free Blacks. He soon earned a reputation among abolitionists as an articulate and courageous leader in the struggle against slavery. When an anti-slavery newspaper run by African-Americans was under consideration it was inevitable that he would be involved.
'We wish to plead our own cause. Too long have others spoken for us.'
The paper, which was a weekly, ran from March 16, 1827 to March 28, 1929, 103 issues in all. The yearly subscription was $3, with a discount for payment in advance; like most other papers Freedom's Journal sometimes had to put on the pressure to get its readers to pay up their subscriptions. The paper carried some advertising, at 75 cents for 12-22 lines. Russwurm used this means to advertise his evening school. The weekly circulation was around 800, and there were a number of agents along the eastern seaboard and in Canada, Haiti and the UK, to sign up new subscribers and renew subscriptions. When Cornish resigned as editor in September 1827, he continued to assist by organising the system of agents. The paper, again like many others, also did job printing, presumably on its own press.
After Samuel Cornish resigned, Russwurm continued on as sole editor, and made some changes to the format and content of the paper. It was only in 1828 however that he began increasingly to support the ideas of the Colonization Societies which were advocating that African-Americans should emigrate, chiefly to Africa, to establish new settlements for themselves. There were varying motives behind these programmes, and the angry debates which had begun in the 18th century were to ricochet down the decades between those who believed African-Americans must fight for their rights in the land of their birth, and those who believed that the only solution was for African-Americans to establish their own communities and states elsewhere, away from the racism and discrimination inherent in American society. Apparently John Russwurm increasingly despaired of America, and looked to the settlements on the West African coast that were to become the Republic of Liberia as the future for him and other African-Americans. His views were highly unpopular with the paper's readers and in March 1829 he resigned as editor, and the newspaper closed down. Two months later Samuel Cornish revived the paper under the name The Rights of All, but it survived for less than a year.
John Brown Russwurm received his Master's Degree from Bowdoin in the summer of 1829, and left for Liberia in November of that year. 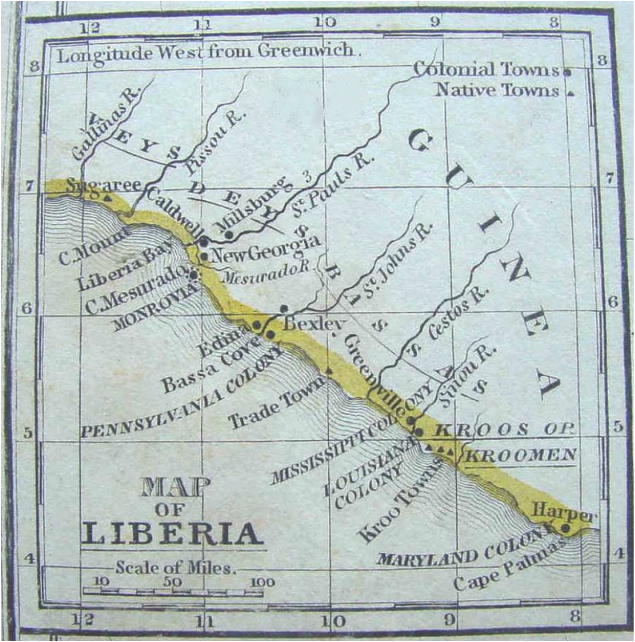 Liberia, 1825
John Russwurm went to Monrovia in 1829, sent out by the American Colonization Society as Superintendent of Public Schools and as their Secretary in the colony. From his earliest days in West Africa he set himself to learn the languages of the local peoples. A few months after he arrived he founded the Liberia Herald, which he edited for about five years. The paper covered all aspects of life in the colony, and encouraged progress in education especially. Exposure of the continuing slave trade along the coast was one of its chief concerns.
In 1833 he married Sarah McGill, daughter of the Lieutenant-Governor of Monrovia; they had four children, a daughter and three sons. 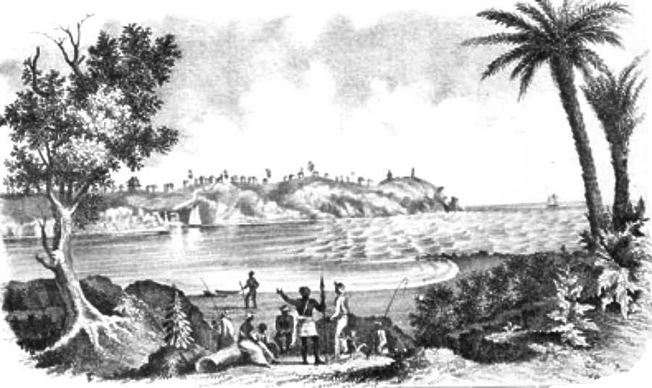 Cape Palmas, Liberia, ca 1853
At this time Liberia did not exist as a unified entity, rather there were separate 'colonies' along the coast. In 1834 the Maryland Colony was established, after rather unsatisfactory negotiations with the local tribal leader, each side apparently seriously misunderstanding the other's intentions. The small group of African-American settlers laid out a port, and allotted small-holdings for farming, where vegetables, livestock, and coffee were produced. Over the next two decades about 1000 new colonists arrived under the sponsorship of the Maryland Colonization Society. They made their livelihoods from farming, small-scale trading and at sea; they established churches and schools, a library, mutual aid societies and a militia, reproducing the type of community they had known in America. 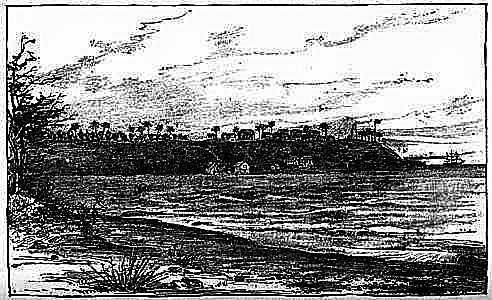 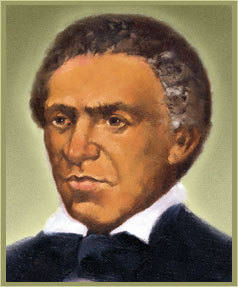