early years in the United States: 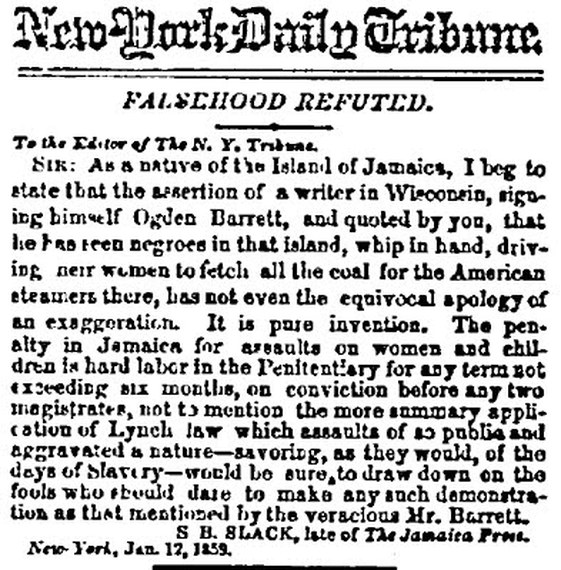 New York Tribune, January 15, 1859
Nearly two years later a notice of the death of a cousin of S B Slack appeared in the New York Herald, for which paper he was presumably working:

An item in the New York Times in 1862 shows Slack maintaining his links with Jamaica:
Correspondent of the New York Times.
KINGSTON, Jamaica, Saturday, July 5, 1862.
Preparations are still going forward to receive the colored and black Americans who may be disposed to emigrate to this country, as they have recently done to Hayti. The letter of Mr. SLACK, a gentleman now in the United States, received here by the Plantagenet, throws much light upon the subject, as it helps people here to a correct knowledge of the sort of immigrants they may expect.